Lek Chaylert, founder of Thailand’s Elephant Nature Park, met with some visitors when she was interrupted by nine-year-old Faa Mai. The elephant clearly did not care if her friend was busy, and began to push her into the field, wrapping her trunk around her.

“She pushed me along out into the field, directing me somewhere and I wondered what it was that she really wanted,” Lek said. 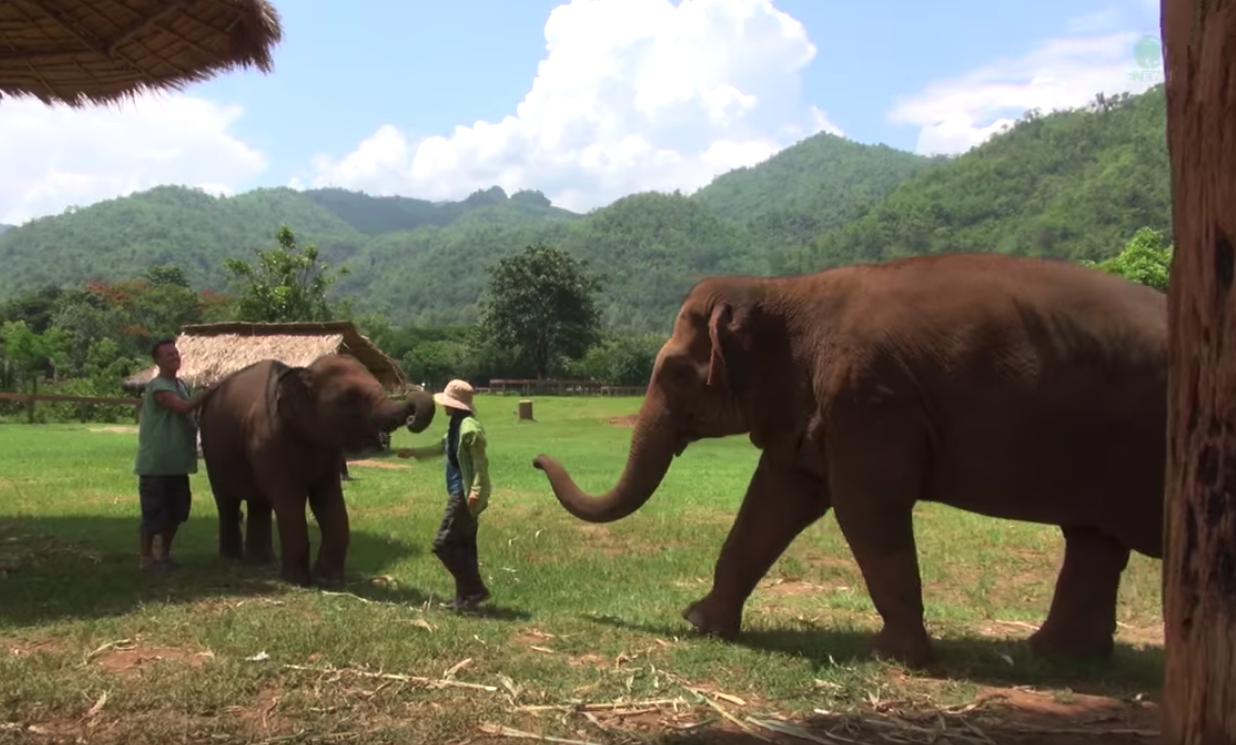 It turned out that Fa Mai took Lek to the rescue of a new elephant, Tong Ae. Faa Mai loves Thong Ae very much and wants to accept her as her own. Lek immediately realized what that meant.

“FaaMai wanted me to lullaby her little friend, as she is so fond when I sing a lullaby to her,” she said. 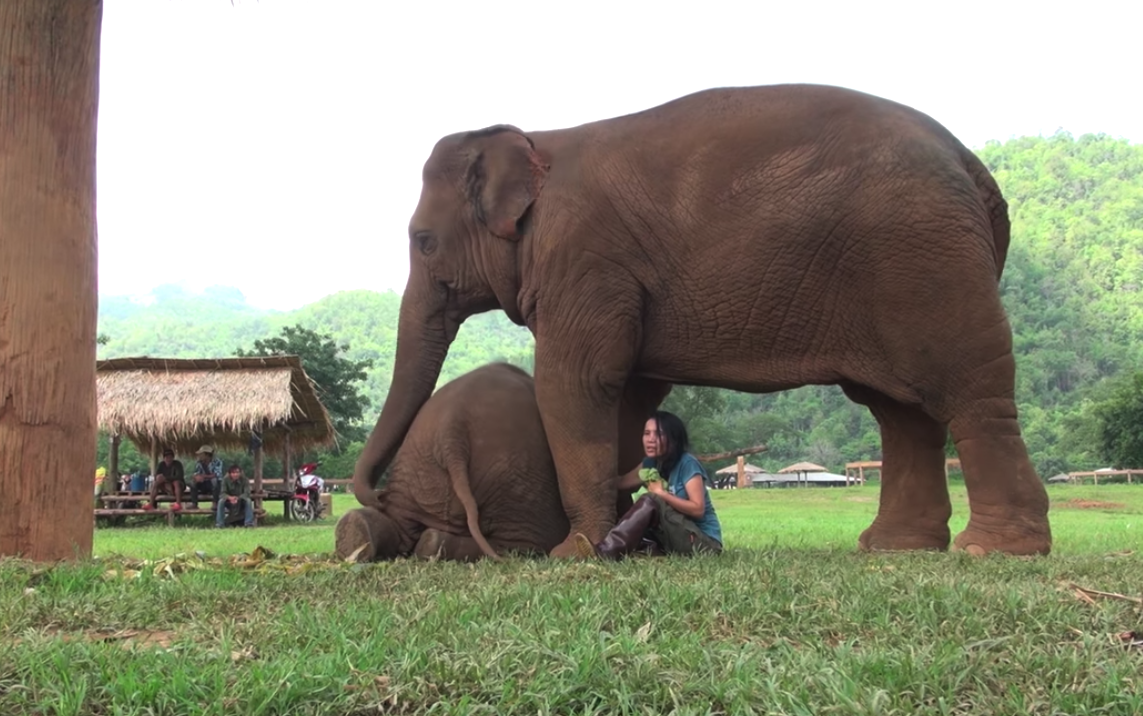 Everyone settled on the grass and enjoyed the song together. Isn’t that cute? This is just another reminder of how smart and loving these creatures can be.

“It is so beautiful to see my little girl who has such a heart of care. I am so proud of this girl!” Lek said of Faa Mai.

Watch the sweet interaction in the video below. 🙂